Ningbo Zhoushan Port is an important container ocean trunk port in mainland China, the largest iron ore transfer base and crude oil transfer base in China, an important liquid chemical storage and transportation base in China, and an important coal and grain storage and transportation base in East China. One of the hub ports. In 2015, the cargo throughput of Ningbo's Zhoushan Port reached 889 million tons, ranking No. 1 in the world's ports for seven consecutive years; container throughput exceeded 20 million TEUs for the first time, ranking fourth in the world's ports. In the new historical opportunity period, Ningbo Zhoushan Port actively adapts to the new situation, accelerates innovation breakthroughs, and strives to build a world-class modern hub port, a world-class shipping service base, a world-class commodity reserve transaction processing base, and a world-class port. Operating Group (referred to as "four first-rate").

Ningbo Zhoushan Port is located in the middle part of the mainland coastline of China. It is located at the junction of the “Silk Road Economic Belt” and the “21st Century Maritime Silk Road” wings. It is close to the world's busiest international main navigation channel, with outstanding geographical advantages and convenient internal and external radiation. It is an ideal distribution center for China's coastal transportation to ports on all continents. As of the end of 2015, Ningbo Zhoushan Port has established trade channels with more than 600 ports in more than 100 countries and regions and opened 235 routes, of which 130 are ocean-going routes, extending westward to the highest level of economic development in China and the most dynamic. The Yangtze River Economic Belt and the most promising western region will radiate East Asia and the entire Pacific Rim to the east, radiate the coastal economic belt to the north and south, and outline the route network of Hong Kong thro ugh the world.

Ningbo Zhoushan Port is a rare deep-water port in the world with excellent navigation conditions. The number of days of operation can reach over 350 days in the year, and 300,000-ton ships can enter and leave Hong Kong freely. Large-size ships with a capacity of over 400,000 tons can enter and exit the river, which is China's entry and exit. Largest ship with more than 100,000-ton-class ships. The Ningbo Port of Zhoushan consists of Beilun, Yangshan, Liuheng, Lushan, Chuanshan, Jintang, Daxu, Danang, Meishan, Handan, Daishan, Zhenhai, Baiquan, Machang, Dinghai, Shipu, Xiangshan, Ganjiang, Shenjiamen, etc. It is composed of 19 port areas, with 150 large deep-water berths with a capacity of 10,000 tons or above, and 89 large-scale and extra-large deep-water berths with a capacity of over 50,000 tons. It is the largest port for large-scale and extra-large deep-water berths in mainland China. 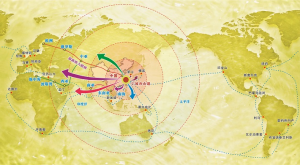