Cicheng Town is located in the Ningshao Plain in the east of Zhejiang Province. It is located in the northwest of Jiangbei District, Ningbo City, 15 kilometers away from Ningbo city center. It is bordered by Hongtang Street in the east; Jiulonghu Town in Zhenhai District in the northeast; Yaojiang River in the south and the Yinzhou District across the river; West and Northwest with Hemudu Town and Sanqi Town in Yuyao City; and Cixi City in the north Neighbor. The town covers an area of ​​102.57 square kilometers, with a total population of nearly 90,000. It has 39 administrative villages and 6 communities under its jurisdiction. It is the only ancient county town in Jiangnan that is relatively well-preserved. It is listed as one of the hometowns of Chinese filial piety culture, national AAAA-level scenic spots, famous historical and cultural towns in China, beautiful rural towns in China, the hometown of Chinese rice cakes, and one of the seven satellite cities in Ningbo. The streets and lanes of the Tang Dynasty remain in Guxian. There are a large number of colleges, libraries, Traditional buildings such as Confucian temples and prefectures have an area of ​​about 600,000 square meters. 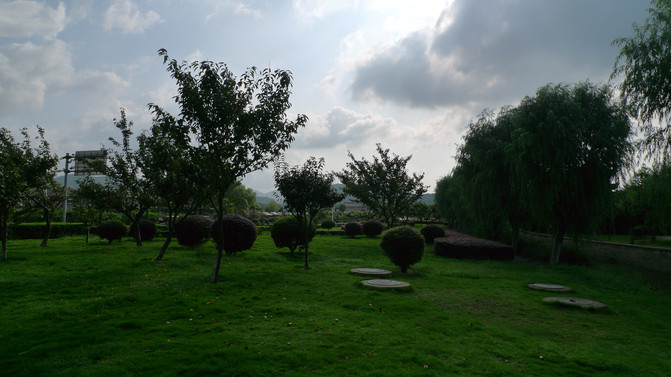 Cicheng, built in the Spring and Autumn Period of 2,500 years ago, was built for the King of Yue, and the site is in Wangjiaba, southwest of Cicheng

The history of Cicheng is called Gou, Gou Yu and Gou Zhang. It has been governed by Cixi County for more than 1200 years since the beginning of Tang Kaiyuan (AD 738) to 1954.

Cicheng has produced many celebrities in history such as: