There are many ancient towns in Jiangsu and Zhejiang, and most of the ancient towns have become famous scenic spots. Tickets were collected and the process of commercialization was started. Did the former plant trees and the others enjoy the cool. The Minghe Ancient Town, located in Cixi, Zhejiang, is an exception. This ancient town, which has a history of more than 1,200 years, still maintains the original characteristics of the Jiangnan water village, and it is still a scene of Xiaoqiao Liushui people, and it has not yet received tickets. Cixi is a county-level city in Ningbo City, Zhejiang Province. The Hangzhou Bay Sea-crossing Bridge opened to traffic in 2008, Cixi City is on the south shore. Minghe Ancient Town is under the jurisdiction of Guanhaiwei Town, Cixi City. The ancient town was founded in the Tang Kaiyuan Period and has a history of 1200 years. It is now a historical and cultural reserve in Zhejiang Province and is known as the "Hehe Scenic Saigusu". . The ancient town of Minghe is built next to Baiyang Lake and backed by Wulei Mountain of Cixi. There are three long streets in the ancient town, namely upper street, middle street, and lower street. Among them, the middle street with a length of about 1500 meters is the most prosperous. The water of Baiyang Lake flows into the ancient town, winding and winding, between the street and the street, there are stone bridges connected, and most of the residential buildings are also built on the river. Opening the windows is the flowing river water. There is no crane in Minghe Ancient Town. Its name originated during the Yuan Dynasty of the Tang Dynasty. There was a jinshi in the ancient town. Soon after he entered Beijing as an official, he died early. To commemorate the jinshi, the people in his hometown named the ancient town of Mingshi by the name of Mingshi. Therefore, the history of Minghe Ancient Town is indeed long. For more than a thousand years, Minghe Ancient Town has also produced many celebrities. Because the ancient town was near the sea, before the Qing Dynasty, the most prosperous town was the salt trade. But after the Qing Dynasty, Minghe Ancient Town came out with two big families, namely the Ming Family's Le Family and the Ye Family. The former opened the Tongrentang Pharmacy in Beijing, and the latter opened the Tongrentang Pharmacy in Wenzhou. Tongrentang of the north and the south at that time was the earliest Chinese medicine store in China, and it was the pioneer of Chinese medicine. 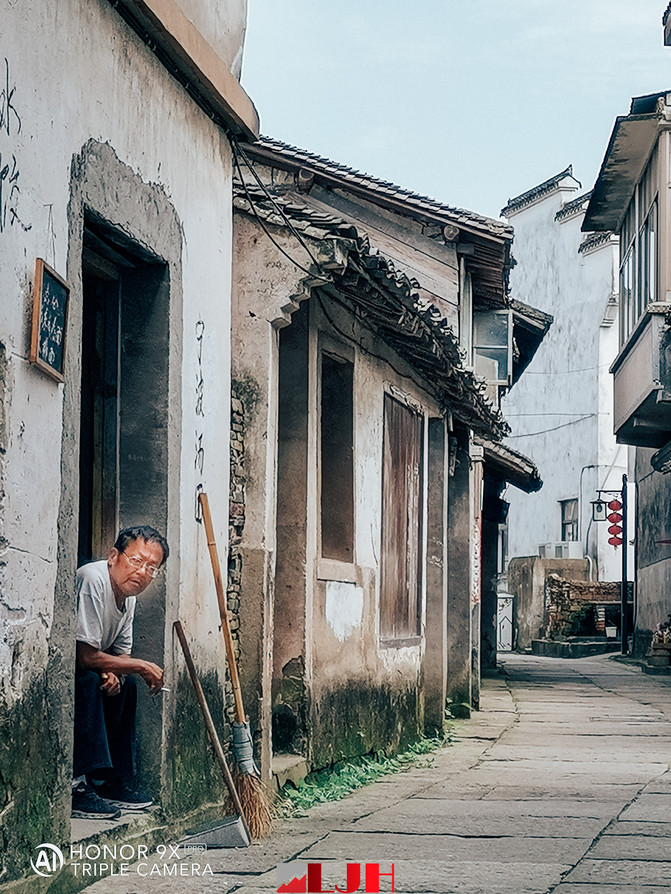 After making their fortunes, Le's and Ye's returned to Minghe Ancient Town, and then Daxing civilized the ancient town to build their own family residence. Therefore, the houses left by the ancient town in the Qing Dynasty were built by these two families. The most famous of these is the "24 Zou Ma Lous". It was built in the 14th year of Jiaqing in the Qing Dynasty and was built by the Ye family.

There are 7 houses, 2 floors, and 2 floors in this "24 walking houses". There are a total of 24 houses. There are corridors around the building. It is said that they can walk in the corridor with horses, and they are unobstructed. The interior of the Zou Ma Lou is meticulously crafted, with flowers, lotus roots, flower baskets and other decorations expressing auspicious wishes on the pillars. Doors, windows, and escalators use grids, and brick walls, dragons, phoenixes, and bats pattern on the walls, so there is a saying that "hanging grid windows in the corridor".

In Minghe Ancient Town, the most dazzling is the "National Medical Museum" old house. This medical museum covering an area of ​​more than 1,600 square meters is the source of the ancient Chinese medicine. It was once the property of the Ye Family of Tongrentang, Wenzhou, and was once converted into an ancient town. Educated Youth Factory. At present, most of the buildings of the National Medical Museum are rebuilt, they look very new, and they are also a traditional Chinese medicine diagnosis and treatment institution. However, some of the Ye's cultural relics in the museum are worth checking out.

In the mouth of the ancient town, beside the Baiyang Lake, it is the most famous "Jinxian Temple" in the ancient town. It was built during the Liang Datong period of the Southern Dynasty and also belongs to one of the "480 Temples of the Southern Dynasty". There are seven stone towers built in the water in the Baiyang Lake in front of the temple's main entrance, which are similar to the "three ponds reflecting the moon" stone tower in Hangzhou West Lake. In the late Qing Dynasty, Yao Yao wrote a poem: "No water in the water, no light in the sky, and the sky floats. It is a distant mountain, and the thin lake is gradually fading."