Picture 1: Lake on the mountain 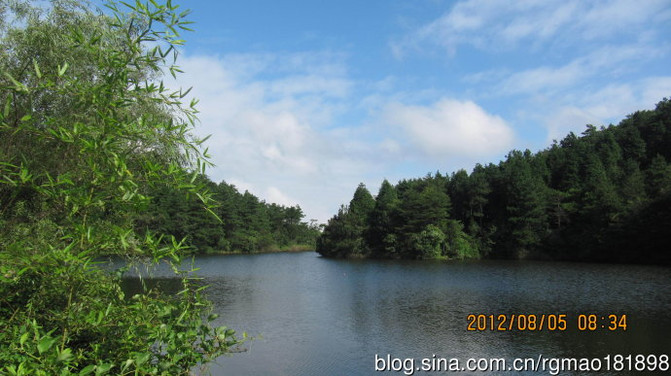 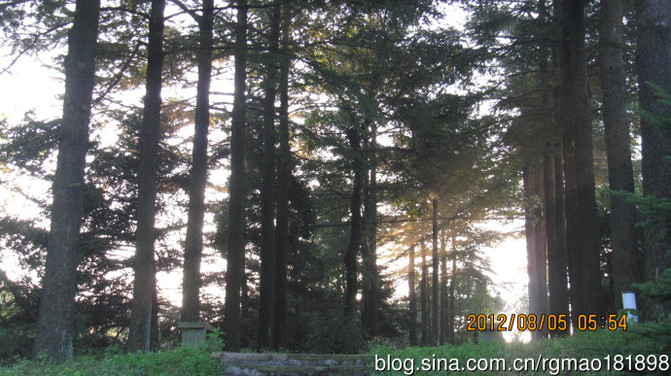 Simingshan National Forest Park is located in the five urban areas of Yuyao, Luzhou, Fenghua, Luzhou, and Shangyu in the hinterland of the Siming Mountains in the east of Zhejiang Province. It is distributed in a narrow east-west direction with a total area of ​​6,665 hectares. Mainly in Simingshan Town, Yuyao City.

Many low mountains, hills, undulating peaks, cascades of hills and ridges, the altitude is between 600-900 meters, the main peak of Jinzhong Mountain is 1018 meters above sea level. The park's climate is slightly cold and humid, with four distinct seasons, plenty of light and abundant rainfall. The winter and summer monsoons are obvious, and the summer is cool.

The forests are dense, the flowers and plants are fragrant, and the cliffs and boulders often appear among the green pines and cypresses. The park is rich in species. After preliminary investigation, there are nearly 1,000 species of plants and 106 species of main animals. There are evergreen broad-leaved forest, cedar promenade, money pine forest, cypress forest, Huangshan pine forest, hometown of red maple in Siming Mountain-10,000 acres of red maple forest and various bird landscapes.

Xiyan Cave (Shuilian Cave) is located in Yangtian Lake Scenic Area. The upper part of the cave is a cliff steeply suspended between the valleys. A waterfall cascades down from the top of the cave. Flying beads splash jade, spit neon, and fall into a clear knee. Puddle. It was named because of a snoring sound from the valley next to the cave.

Taokeng Grand Canyon is located in Zhougongzhai Scenic Area, with a total length of 4 kilometers. The mountains on both sides of the canyon are beautiful, with peaks and beautiful scenery. Springs, waterfalls, and ponds are scattered throughout, and dangerous cliffs can be seen everywhere.

You can watch the sunrise in the morning and the sunset in the evening, watch the sea of ​​clouds overcast in the shade, and enjoy the snow and fog in the winter.

The inner mountain range is vertical and horizontal, its top is relatively gentle, and its slope is steep. Naturally, there are many streams and waterfalls, which are the source of the three rivers of the Minjiang River, Cao'e River, and Fenghua River. Among them, Heilongtan consists of a three-level waterfall, with steep mountains on both sides, and the road to the lake is difficult and dangerous. The lake is turquoise and clear, and the fish swimming on the pebbles are always looking. In the depths, a waterfall climbs the cliff and cascades, such as a dragon fluttering water and flying beads dancing jade.

The memorial hall of Huang Zongxi, a famous thinker in the late Ming and early Qing dynasties, is located by Zhendong Bridge. The general bungalow is located in the Shanglanggang Forest Recreation Area, which is the summer shelter for Chiang Kai-shek and Song Meiling. The Land Church was built during the Republic of China and was once the Jiang Army School.

Baishan Palace, 8 miles south of Yuyao Liangnong Town, is famous for its waterfalls and fairy trails. Baishan has four peaks: mountain, screen, stone layer, and cloud root. Between the stone layer and Yungen Peak is Baishui Chong Waterfall. The waterfall ran for a long time, the silver beads splashed, and the mist within a few miles was sung by literati saints of all ages.

There is a cave at the water outlet of Shibei Fengbei Waterfall, which can accommodate three or five people. It is called Ciyuguan, also known as Baishui Palace. According to legend, in the Eastern Han Dynasty, there was a descendant Liu Gang, originally a county magistrate of Shangyu. Later, because he loved the Siming landscape, he abandoned his wife Fan Yunqiao and worshiped him as a teacher to learn alchemy from him. In the process of learning Taoism, Liu and Fan often compared to Taoism; Liu Gang made a fire on the reef house, and his wife banned it; the court had two peach trees, each cursing one tree, making them fight, and Liu Gang cursing The peaches are invincible, and they walk out of the fence; Liu Gang spitted into a carp, and his wife spitted into an otter to eat the carp; Liu Gang and his wife met the tiger on Siming Mountain, Liu Gang banned the tiger and his wife struck the tiger's head. Fall back to the bed. At the end of the Taoist Immortal, Baigong also came to Dagang with his footsteps, saying "He and other couples are sincere, kind-hearted, and have achieved positive results." After speaking, Liu and Fan were at the top of Dagang Mountain and rose to heaven day by day. . Liu Gang first went up to the acacia tree, and his wife sat flat on the air, flying slowly. Although the legend is bizarre, it shows the beautiful scenery here.

In the third year of Tang Tianbao (744), Tang Xuanzong sent an envoy to pray. Due to the high road danger of Dalan Mountain, he ordered the Taoist Cui Street and the priest Li Jian to relocate Dalan's temple view to Liu and Fan outside the Tao Tao cave. Monastic house. In Song Zhenghe's six years (1116), Song Huizong ordered the expansion of the temple's temple view, the addition of the Jade Emperor's Hall, and the book "The Ninth Danshan Chishui Cave Heaven" plaque was suspended inside the temple. In the Yuan Dynasty, Taoist Mao Yongzhen came to preside over the ancestral temple, and saw that the rocky beaches under the cave were vast, such as Pingchouyu Town, the beach with many calamus, river car, zhicao, Cangping ear genus and other medicinal materials. The name was Ishida. One or two percent of the rice planted in the trial was harvested, so Ishiyama Hill House was built next to it, and incense was cultivated.

Bai Shuichong's original carved carved wall of Tama Cliff has been annihilated for many years. Only the word "Baishui Tao" written by Miao Qiping, the county magistrate for 18 years, is available for viewing.

According to archaeologists, there are two sites in the Baishui Palace. One is on the southern foot of Taoist Mountain upstream of Baishui Chong. It has a small area and few relics. On Baishui washed down the flat slope, there are many relics. There are ten large maple trees, one Jiulong pine, and one spring well. Stone-built wide avenues, exquisite mountain gate steps, etc. Sites such as the Ishida Shanfang and Qinghui Pavilion are also found, making it the best place for historical materials lovers and archeologists.

In Dayu Village, because there is a cave half-height in the middle of the rock, four small openings of different sizes are opened, and the sun and moon can shine through the four stone window holes. When Jiang Jieshi Xiaye lived in Xikou of Fenghua, he visited Shuangchuangyan.

Religious preaching Taoism has thirty-six cave days, seventy-two blessings, and all the places where the immortals live. The world thinks that the sky is heaven, and Xiangrui is blessed with admiration. The Taoist latent meditation priest, the magpie lived in a quiet mountain forest, so he chose the place where there are fairy tales and legends, built a palace view, and the yin dynasty winds and the meritorious garden merged. Throughout the ages, pilgrims have ceased to live, and pilgrims and tourists have been endless, so the cave heaven has become a victory for Mianxiu in China.

【One】
Last year, Mo Ganjin Siming, expected the latter to have a bright future.
The giant trees on the mountain resemble Kuanglu.
-On August 4, 2012, he crossed Yuyao with Qian Jun and entered the former residence of Wang Yangming.
After climbing to Siming Mountain Peak National Forest Park. Staying in the forest villa, the environment is beautiful, the conditions are good, non-mogan comparable also, two days tour is only 220 yuan / person 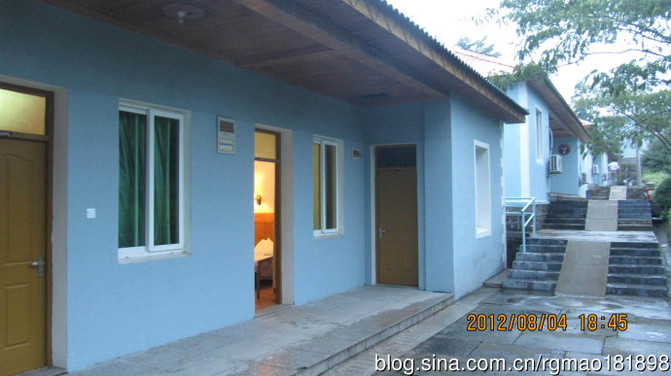 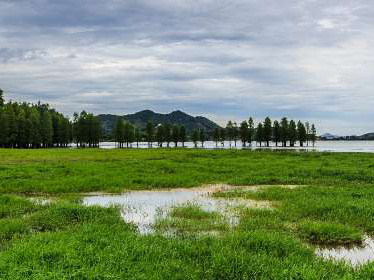 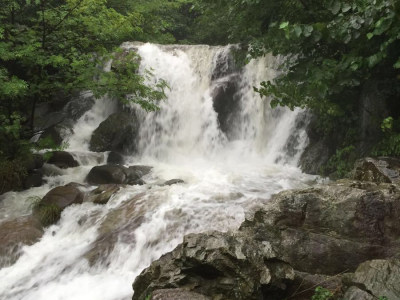 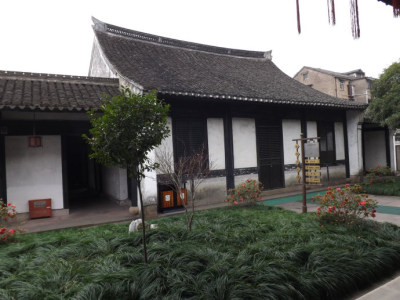 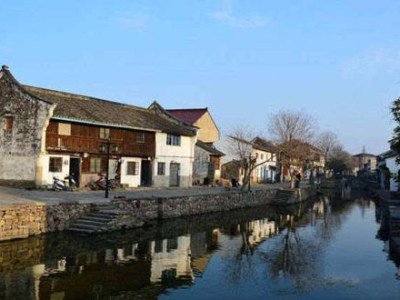 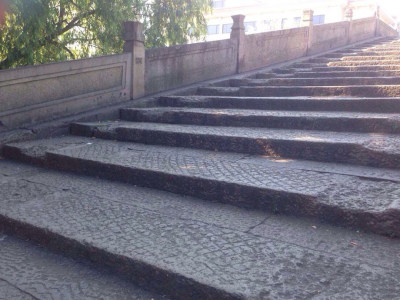