Although it was Fenghua, he went to Xikou to play, but it was after work.

At that time, it took more than an hour to drive from the city to Xikou.

Because the family is poor, the fare is a huge expense, and I dare not ask my parents for it.

When I was young, I couldn't go back and forth for two hours with a bicycle, which was far away.

I can't get a piece of white water lolly in my pocket, and I never dare to hope for hiking. 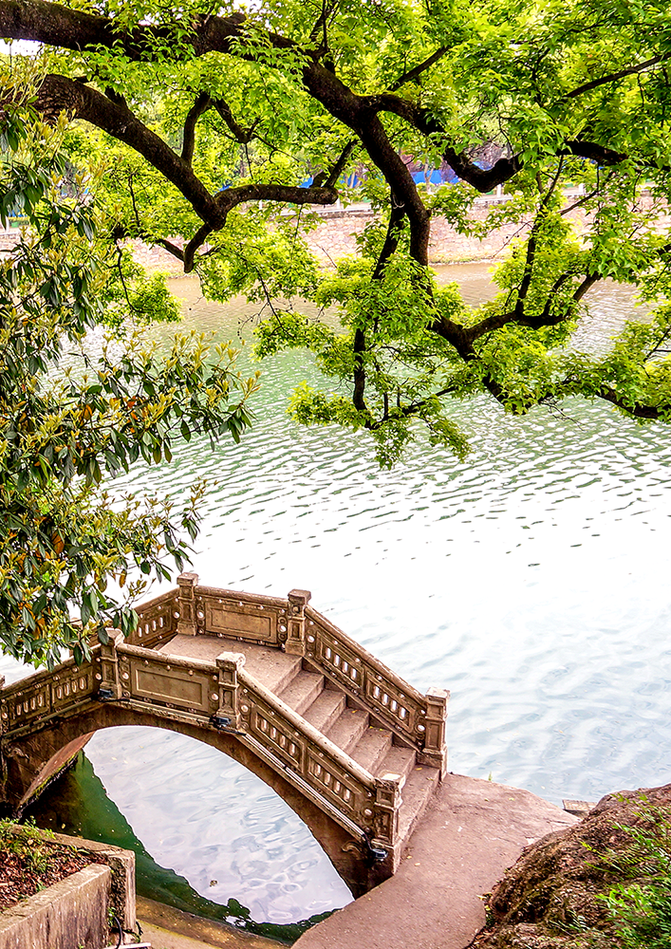 Tingxia Lake, hidden in the deep mountains, the shuttle bus to the mountains will go around the lake shore. But I have never sat, there is no relative in the mountains to visit.

Although, I once drank the lake water of the pavilion through the tap pipe at home for more than ten years.

It was just a quick glance, a flick of a finger for more than a decade.

Until many years later, he returned to his hometown with his wife and children, and because of a problem with the car navigation system, he had a sudden meeting with Tingxia Lake.

At that time, it was getting late, haze was covering the lake, and the surrounding forests were rising with mist, as if walking in a dream of unknown future.

The wife was seduced by the scenery, and could not help but marvel.

But I was too busy exploring the way home, sweating all over my body, naturally I didn't care about the scenery.

But after all, there is something in mind. After returning home for a long time, I gradually became familiar with the road in my hometown. Every time I returned home, I always thought of going to Tingxiahu.

But it was also weird. The horror of that time never reappeared, or the season when I returned home was mostly in Qingming. It was rare to encounter Bitian Qingkong.

This year, Qingming returned to worship his ancestors as usual, and spent more time than in previous years.

At noon one day, after drinking was boring, my cousins ​​pulled out to wander and asked me where I wanted to go?

Fenghua City is no longer what I remembered in my youth. The "old places" that comforted me in the lonely years are gone.

Hesitating for a while, and said, "Go to the pavilion!"

The sky was drizzling, the mountains were blue, and the clouds were filled, like a ribbon winding between the ridges.

The lake under the pavilion looks like a mirror, but it has a gray tone, and the lack of light and shadow contrasts the landscape, catering to the inner sorrow.

Around the lake, I chatted with my brother about trivia. The road was sparged with urine at the foot of the mountain. The wind from the mountain was blowing, caught in the rain, calming down.

After a few shiverings, I broke the cold for a year and arrived in the afternoon as expected.

The next day, it cleared up. The temperature soared to 31 degrees, which is a good weather for the spring.

The body that was dizzy and upright for a night seemed to be protected by divine power, but also did not want to live up to the warm sun of the spring day, and went out alone in the afternoon.

Originally I just wanted to take a ride on the empty road of Maitreya Avenue, but I saw that the peach blossoms on both sides had fallen, and I felt a little hurt.

For some reason, I drove to Tingxia Lake again.

I know that the sky is not suitable for taking photos at noon, and I just use the excuse to go out to take photos and respond to family inquiries before leaving.

Rarely returning home, I know they have a lot to say to me.

It was strange, as if all the words had been told to others outside. After returning home, I would rather sit in the yard for a while than sit down and chat with my family.

It seems that in his own home, sitting and talking, there is a trace of seriousness.

Under the sun, the pavilion is beautiful.

I've never been good at describing the scenery in my eyes with details, but the lake and mountains were really beautiful that day.

Forgive me for the escape from my heart. I didn't talk about this beautiful scene with your emotions.

It is still slowly moving around the lake on the Panshan Highway until the construction stops the trip.

I leaned against the car window and looked at a Bai Lian above my head, where I and my first love had stood.

At that time, we were on the top of the mountain and looked at the pavilion.

At this moment, I stood on the shore of the lake and looked at Qianzhangyan.

Life goes around, some people will meet again in an accidental corner, some scenery, but the space is upside down.

I smoked and thanked the long love.

The days when the clouds are light and windy are not good, like my barren youth.

But why is it always in my dreams that makes me cry.

Tingxia Lake, formerly known as Bailongtan, was named after it located under Yushu Pavilion of Xuedou Mountain and Tingxia Village.

In the 1940s, Chiang Kai-shek envisaged the construction of an artificial lake here, which would affect farmland water conservancy in the Lifeng Plain, but was smashed by turbulent times and conflicts. After the founding of the People's Republic of China, the Water Resources Department of Zhejiang Province started to expand Bailongtan in January 1978 according to the Fenghua River basin plan. After completion in September 1985, the water storage capacity was equivalent to 7 West Lakes.

The coastline of Tingxia Lake is 42 kilometers long and spreads over Qifeng Valley. It is adjacent to the Miaogaotai, Qianzhangyan and Xuedou ancient temples in the north.

The lake is densely forested, with three islands and several peninsulas. Due to the intricate geographical environment, the lake area naturally forms two lakes inside and outside and a small Three Gorges with a length of 5 kilometers. The two lakes and one small Three Gorges are surrounded by mountains and mountains, and the mountains are stacked. The islands in the center of the lake are lined with waves.

The large and small mountains in the center of the lake are named after Huang Chao, the leader of the peasant uprising in the late Tang Dynasty, who led troops to cross the border. In the Song Dynasty, Gao Yuanzhi once wrote: "Stones, waterfalls, clouds and backs." The original historical sites that are currently submerged by the lake include the Luxi Academy, the Baiyun Academy, and the Vedic Bodhisattva Temple larger than Xuedou Temple. 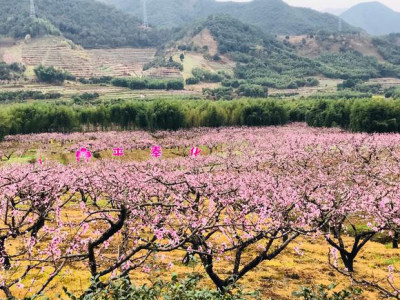