Ten years ago, a frivolous trip allowed me to go through all the "famous" ancient towns in Jiangsu and Zhejiang in one breath. Of course, I avoided Zhouzhuang. At that time, Zhouzhuang had already become famous because of its commercialization. In the late autumn and early winter of that year, it was already the off-season of tourism. Overnight in the ancient town, I heard the chickens dance, but still couldn't escape the hustle and bustle. I am very sympathetic to those tourists who marched in the ancient town following the tour group, leaving only 'visited'. The ancient towns have also changed because of tourists, various modern commercial facilities, uniform diet, rough cottage memorabilia, and of course, fareously high fares. The ancient town in my mind only exists in the early morning and night. Although it is also beautiful, it seems to have suffered from the "phobia of the ancient town" since then. I have hardly taken the initiative to visit any ancient town for ten years, because imagination is always better than reality.

Ten years later, Ninghai. We arrived at the hotel at more than 3 pm. After searching from many sources, we finally decided to visit the most famous ancient town of Qiantong here. It is of course the painter and director Chen Yifei that made the former boy famous. The autobiographical film "Hairdresser" was mainly shot in the ancient town of Qiantong. His evaluation of it was "you can draw in everywhere", but unfortunately Chen Yushi passed away during the filming process. The painter who has lived in the Jiangnan water village since he was a child is also the originator of Zhou Zhuang's reputation. I have to say that his vision is very unique. More than half an hour's taxi took us from the modern Ninghai County Town to the old days of Shuijiang River. I don't know if it's too late, and there isn't even a ticket collector at the gate of the ancient town. At this time, we seem to be the only foreign tourists. The area of ​​Qiantong Town is actually not small. In the Ming and Qing dynasties, the old streets and old houses were surrounded by a large number of newly built houses. When they entered the ancient town, the noise and noise outside were almost instantly isolated and crossed to another world. 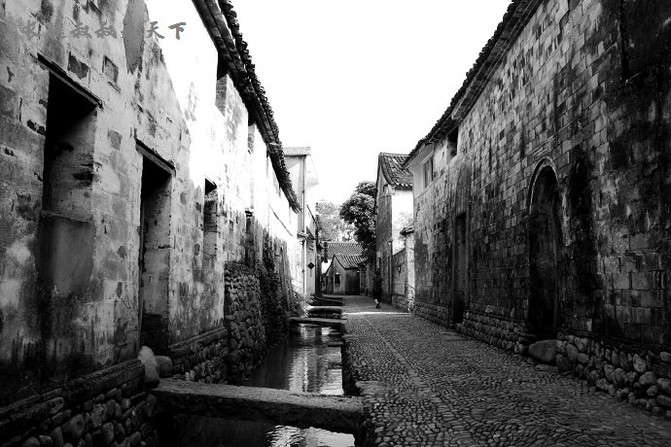 Along the cobbled path into the ancient town of Qiantong, there are all ancient houses in the Ming and Qing Dynasties. The foundations of the old houses are mostly built with pebbles. The ancestral halls, ancient wells, and canals are scattered; the water from the Xi River flows in front of the gate, and the small fish in the stream are relaxed and quite angry. At the beginning, we were still walking along the signposts of the attractions. After a while, I was a little confused. The ancestors of the surname Tong introduced the water into the village according to the gossip principle and constructed it as "water gossip." It's like walking a maze, but it is said that you can walk out of the ancient town as long as you walk against the current. 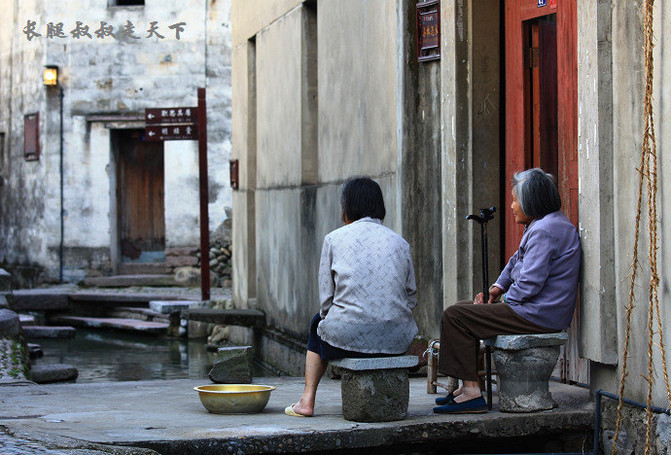 Different from those over-commercialized ancient towns, local villagers live in these old houses, the elderly take a nap at their doorsteps, the children run home from school to run on the cobbled path, and the women do laundry in the stream in front of the door. So some people say that Qiantong Ancient Town is "live".


There are many ancient temples and old houses left over from the Ming and Qing Dynasties, and most of them still retain the original appearance of vicissitudes. At the first glance, "Quanfeng Laohu" was built by rich people at the time. Such "luxury houses" often need to be circled to collect tickets. Although we are jealous and jealous of the rich now, we cannot deny that most of the valuable buildings that have been preserved in history are the industries of the 'rich' like the emperor.

I arrived too late in the afternoon (4:30). Those circled toll attractions are closed. We can only take pictures of eaves and vaults outside the high walls. The horse head wall is a symbol of the power of the ancient Jiangnan rich households. It is said that the more levels, the higher the position.
"Every family has carved beams, every household has living water" is the most appropriate description of the ancient town.

The mottled walls of the former child's house form a living black-and-white ink, without PS, the original taste, the vicissitudes of life.

The hairdresser's shooting location was actually a very small room, probably less than 8 square meters. We had already locked the door, and we could only glance at the door. Fortunately, the next day I had the opportunity to revisit the ex-children, and then I saw the true colors, dim light, mottled walls, crumbling wooden seats, and let the Buddha go back in time. Although this is just a gimmick, Chen Yifei's description and praise of his ex-children did not disappoint me at all.

Everyone wants to sit in the barber's chair and taste the stories of time.


The first surname of Qiantong is of course the surname of Tong. The Tong-style ancestral hall designed by the great Confucianist of the Ming Dynasty is still intact, and the extraordinary decoration can be seen from the decoration of the roof.

There is a big stage inside, and now it is a place for amateur fanatics to communicate.

This old man is very devoted and is very proficient in playing and singing.

Many old wooden carvings and plaques are preserved in the old house.

The happy event is red and white, life is like a dream, and in this case, Jington is as sensitive as light.

Compared with these ancient buildings, life is really too short.

Lao Jie is the commercial center of the ancient town. Naturally, you cannot hang a few red lanterns. There are some shops and tea shops on both sides. Fortunately, the former children only have a lot of business to do business, there is no loud call, solicit sell.

Residents in the town have nothing to do. It seems that this old street is more like a place for Lara to talk about gossip.

Compared with this commercial street, I still prefer the criss-crossed alleys in the ancient town, moss, pebbles, and years like songs.


Walking around the ancient town, they often break into the villagers' homes without notice. I do n’t know if they are used to uninvited guests like us, or there are so few tourists that they do n’t cause them to be bored. Conflicts, and even take the initiative to chat with tourists.

These old people have lived in the town all their lives, and may never have left here, they have witnessed the changes of the ancient town.

This grandma is over 90 years old and lives alone. Her image reminds me of my grandma who has passed away.

There are still many buildings in the ancient town that are in dilapidated condition and uninhabited. There are also some new buildings standing on the periphery of the ancient town. It is said that Qiantong has strict management on newly started buildings, and in principle must not have any impact on the landscape of the ancient town. People everywhere have the desire and right to pursue happiness, and sincerely hope to protect as much as possible those valuable things while developing, because these are the most precious wealth.

The young father teased the baby in excitement in front of the Tong's ancestral shrine, and passed on the hope from generation to generation.

The children here are not too different from the children in the city. The little girl started to hide from my camera across the distance, "I have never seen a beautiful woman".

Spending my childhood in such a town must be very happy.

If you use the current buzzword to describe the ancient town of Qiantong, it is "the Department of Healing"

Former children really do n’t have all the people, and there are n’t many restaurants and shops, and some attractive snacks on the street are made by the locals themselves.

Just opened WeChat, I plan to write something different, pay attention to it, WeChat: longlegstraveller

I ran into this uncle's home cooking, guess what? No prize quiz

A bunch of dried fish is eye-catching. Because it is near the sea, Ninghai's diet is inseparable from seafood.


Compared with other Jiangnan ancient towns where other senior officials of Fujia used to live, the ancient architecture of Qiantong Ancient Town is obviously not so luxurious. Bland as water, the ex-children who are moderate and elegant are more real and live more.

The best place to see the panorama of the ancient town is on a hill opposite the entrance. Later, the name was Lushan. It is said that the mountain was named after a fawn. The mountain is not high, and you can reach the summit in ten minutes. I did not see the deer. I only saw the workers who worked in the setting sun on the mountain.

You can see the whole picture of Qiantong on Lushan. A teenager is thinking, hoping that ten years later, he can see the authentic Qiantong ancient town.

Shuangxi, a fellow traveler, grew up in a small town in Jiangxi. He has a special interest in various ancient towns and has a lot of research. He is always looking for a variety of original ecological villages, trying to understand the lives of the locals. The ex-children's trip is too short and not deep enough. After breaking up from Ninghai, my friends went to different destinations and started the next journey. Unforgettable good times for ex-children, encounters during the trip, I will always remember my heart.

Tickets are 70 yuan, please note that the ticket office is about 800 meters in front of the entrance of the scenic area, and the 2-yuan shuttle bus can reach it. At around 4:30 pm, every attraction that receives tickets will close, so please take your time.

Transportation: The ancient town is about 20 kilometers from Ninghai County. There is a bus every 15 minutes from Ninghai West Passenger Station, and the fare is about 5 yuan. Taxi is about 50 yuan one way.

Just opened WeChat, I plan to write something different, pay attention to it, WeChat: longlegstraveller 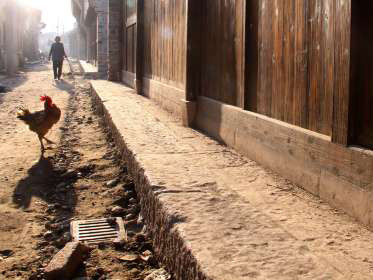 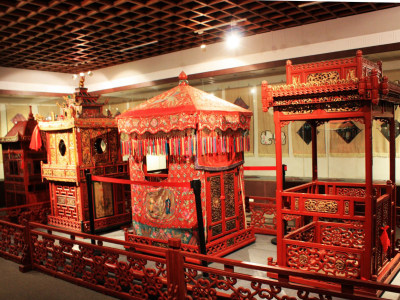 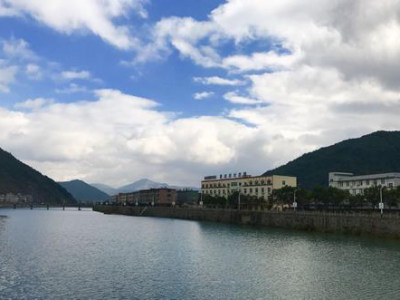 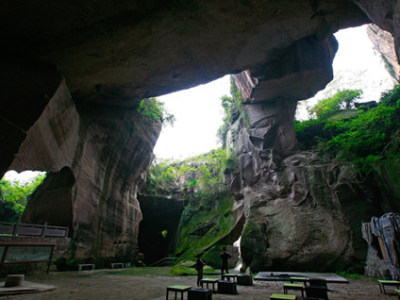 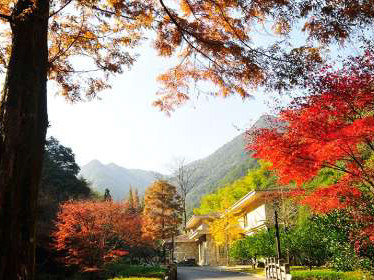