On the evening of the 6th, Xiao Xiao (my girlfriend, I haven't played together for a long time), WeChat said that she was coming to Ningbo. Of course, I was very happy, and asked her how many days she could play. He said three days. Is n’t three days enough? In fact, for Ningbo city, three days is enough.

Since I have been in Ningbo for two years, I am familiar with Ningbo, so I will plan the itinerary for this 2-day tour ~~

As my best girlfriend, I naturally dare not neglect, because we are scheduled to start on the 9th, but I have to work late on the 8th so I do n’t have much time to plan the trip, so I started my homework on the 7th in advance, The final plan is

Arrive at Ningbo Station on the 9th and 12th, have a meal (buy a ticket to Shipu before eating), take the bus to Shipu at 12:50, arrive in Shipu at about 14:00, go to the hotel, and arrive at the hotel at 15:00 to check in (Lead film and television city (is the joint ticket?) And Chinese fishing village (is there a carnival?) Tickets) organize things. 15:30 to Chinese fishing village. Have a good dinner (?). In the evening, you can visit the ancient city of fishing port (it is said that it is free at night).

On the 10th, you can get up to see the sunrise (to get up early), and then the hotel has breakfast (estimated 7: 00-9: 00). Try to leave the hotel at 9 o'clock to Xiangshan Film and Television City (otherwise it will be too hot and people will get a heat stroke). (Lunch?) After shopping, you can go to Songlan Mountain Beach (closed at 20:30) and blow. (If it feels fun, stay in Xiangshan for one night, if you have enough fun, Songlan Mountain will play well, about 4 or 5 pm by car from Xiangshan to Ningbo.)

6 Xiangshan Film and Television City to Songlanshan, 93 yuan or bus (No. 11? Take a bus from Xinqiao to Dancheng Passenger Center, then take bus No. 4 at the passenger center under Luye Building, that place can also be called Shanghai Bank, you can also call the intersection of Tian'an Road and Danfeng Road, and then stop at the entrance of Shanghai Bank to the CMB bus to Songlan Mountain;

This is my itinerary planning. Of course, it ’s a bit different in practice.

I did n’t have breakfast, so I ate at a noodle restaurant opposite Ningbo Temporary South Station. It was not delicious just to fill my stomach. After eating and resting, it was more than 11 o'clock. We waited at the station until we got on.

At about 5 o'clock, we ordered a bowl of seafood noodles for 20 yuan downstairs in the hotel. Fortunately, we just ordered a bowl because it was super big and enough for two people. In terms of taste, the seafood over there is really good.

We rested a little at the hotel and took a taxi to the ancient city of Yugang at 6:30 (no tickets at night)

. It can be said that this scenic spot has not yet been commercialized, and it is quite quiet at night. Walking on the trails in the ancient city has a kind of calm feeling. We left at 8 o'clock reluctantly, called a tricycle (10 yuan) to a barbecue stall near the hotel to buy something, and then taxied (10 yuan) back to the Chinese fishing village (no tickets at night), there are a lot BBQ stalls, all kinds of seafood. . . Seeing drooling, the boss said it was 20 yuan, but Xiao Xiao and I could n’t eat so much, so I bargained with the boss that we only need 10 yuan, and we can have more. The taste is still OK! And it's by the sea, eating the sea breeze. . . .

After eating, we watched the scenery near the beach again, listening to the sound of the waves and blowing the cool sea breeze, that feeling great. There are people at the beach playing bonfires, which is quite interesting.

Xiao Xiao and I woke up at 4:30 the next day, preparing for our sunrise! !! The two of us went out without washing to watch the sunrise. At 5:15, I was waiting a little boring and anxious, looked up, ah, the sun was showing for half a head, the sky was a bit red. We hurried to the beach to take pictures.

We went to the hotel on the second floor for breakfast (delivered) at 7 o'clock. We were disappointed. There were fewer dishes, but it was definitely better than outside.

We sorted it out at 8:30, took a taxi to Shipu Bus Station (20), and then made a car to Xiangshan Film and Television City (enter in the waiting hall of the bus station. There is no ticket gate on the far side, so you do n’t need to check in to pay for the car (It's almost 10 yuan per person). After getting off the bus, I haven't reached my destination. I have to make a tricycle to the film and television city. == I am helpless. If I walk, I will get at least 30 points, and there is no other transportation here. It's so good.

If you are in the film and television city, you can just look at the photos. You can buy a tour bus first, you can walk less, 10 yuan per person. If I buy a ticket, it ’s actually a parent-child ticket. In addition to me and my girlfriend, I can bring an extra child, because we brought a child at the ticket office. Help others save money), right, the ticket office can store things (this is great, you can easily play)

After playing well, we took a bus back to Xiangshan Bus Station and bought tickets for more than 4 o'clock in Ningbo. On the way, I ordered a pudding hotel near Gulou subway station for 99 yuan, but the hotel room was super small, no windows, no toilets and no doors. . . This hotel failed except for its location. . . .

In the evening we walked away from the Ningbo Drum Tower walking car and ate steaks at the Bureau's Baikuu Steak House. Since we were all a bit tired, we went back to the hotel to rest after 8 o'clock.

Originally I planned to go to Dongqian Lake Water Park on the third day, but because neither of them bought a bathing suit + the weather was too sultry, we gave up, SO, this day we just strolled in Ningbo Tianyi Square. I bought a few books at the bookstore because I had a card from Xinhua Bookstore. I went to Xu Liushan to order a dessert and took a short break. At 12 o'clock in the afternoon we checked out and we ended the trip. 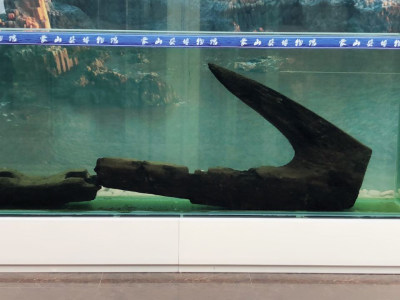